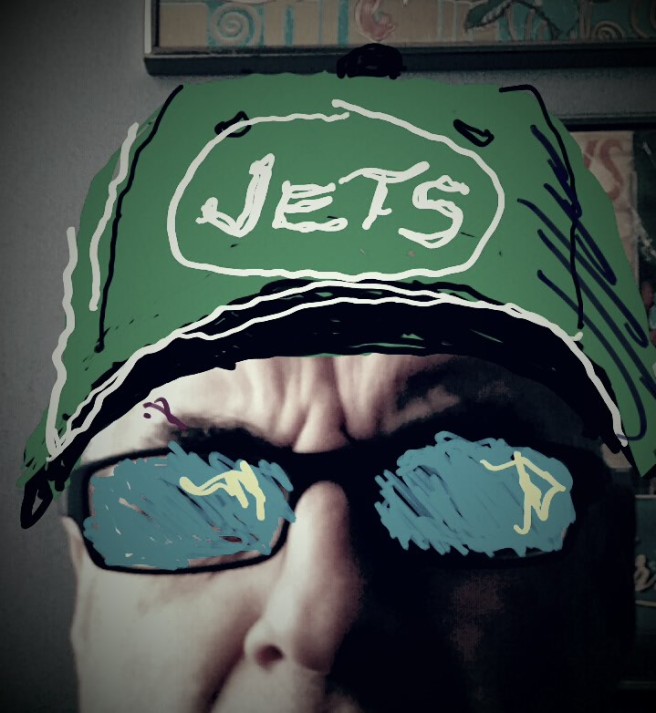 I am Mr. One Point Perspective, part-time, award winning blogger extraordinaire and full time jack-ass.  I would like to take this opportunity to formally offer my name for consideration as Mr. Rex Ryan’s successor as the head coach of the New York Jets.

As you are undoubtedly aware, the world of professional football is going through some challenging times in recent years.  On the field, teams have taken to using formations of such complexity that many teams have resorted to hiring choreographers.  Celebratory dances alone have nearly been elevated to an art form.  From a play-calling standpoint, things have gotten so confusing that the referees are often the only ones on the field who aren’t either calling audibles or decoding the giant postcards held high on the sidelines by back-up quarterbacks and assistant-assistant coaches.

Off the field, things are stickier than ever.  Player behavior is making headlines for all the wrong reasons.  The public relations quicksand gets deeper by the day.  Who would have guessed that giving millions of dollars to idolized young men who make their living doing violent things could possibly be lead to problems?

These league-wide scandals, in addition to your abysmal record the past several seasons may have disastrous results.  At this rate, there is a distinct possibility that some fans may actually be upset enough to give up their season tickets, mandatory pre-season ticket packages and seat licensing fees.  Without taking action, there is a chance the Jets organization could end up losing a few doubloons over this, not to mention your share of lucrative parking revenues!

The time is now, gentlemen.  Your organization can be a pioneer in making the bold move into uncharted territory by hiring a middle-aged guy from suburbia to be your head coach.  A person with no practical experience in coaching can provide your team with the fresh, unpredictable direction which only a true neophyte can provide.  My attached resume will show that I’ve spent my adult years following several career paths, none of which involve professional football.

I did play football in high school.  Granted, the game was different back in those days, we didn’t wear gloves or Darth Vader visors.  I do recall a few guys on the JV team who tried to sneak gloves out onto the practice field when the weather got cold – they were subjected to some good natured ribbing, let me tell you.

I have participated in a fantasy football league for several years.  The experience has been one of rather limited success, likely due to my drinking too much at the draft parties.  The large amounts of beer and tequila may have been the root cause of my drafting players who were not actually available to play due to incarceration, retirement and in one case, death.  The parties were typically held at my home, so there was no driving under the influence or other scandalous behavior on my part.  I can’t speak for Hacksaw or Tommy Tilt, both of whom have  left the league.  You’d have to speak with their respective wives for full details as to why they withdrew.

Since I have none of the football coaching experience of Rex Ryan, I’ll compare myself to him in a general sense;

My noteworthy personal attributes include:

In closing, I’d like to thank you for your consideration.  Again, I urge you to take the trailblazing step of handing the reigns over to a complete novice, before another team steps up and does it first.  To be completely fair, I intend to send similar applications to parties in Atlanta, San Francisco and Chicago.  Since I already live in Jersey, I’ve decided to give you first dibs.

P.S.: I understand a position has also opened up in Buffalo.  I don’t want to be an NFL coach badly enough to apply for that gig.